The past few weeks have been a blast! Over the past two weekends the Oamaru Intermediate School Year 7 A netball team participated in two netball tournaments. These tournaments were held in Balclutha and Dunedin.

The first tournament was played at the Balclutha Sports Centre on 19 August (our Coach’s birthday). The games were 7 minute quarters. First up we played Dunedin Yellow who we had a very close game with and won 21-19. The next game we came up against Taieri Heat, who we had a solid win 39-13. The next game was against another Taieri team, Taieri Titans, which we also played well and beat 37-6. Since we had won each game in our pool we played Waitaki Valley in the final. We stayed focused and beat them 24 -14. This meant that we had won the Year 7 Development Grade. The best birthday gift for our Coach!

The following weekend we played at the Dunedin Edgar Centre in a Rep Grade (they put us in this grade as they knew we won the tournament the previous week). These games consisted of 10 minute halves. Knowing that we were in a grade with rep teams we knew this tournament was going to be a tough one. Early in the morning, we had our first game against South Otago. We beat them 19-6. One game down, four to go. We then played the Dunedin A Rep team, who we bet 13-10. We had got ourselves to the quarterfinals. Pretty good achievement considering we were a ‘development’ team. We played Upper Clutha and bet them 14-11. Semi-finals, here we come!

We ended up playing the Dunedin A’s again. We thought we had this one in the bag considering we had beaten them in the morning, but the game slipped out of our hands, we lost 14-26. This meant we were playing off for 3rd and 4th against Taieri Crush. We won this game 19-15, which saw us finish in 3rd. A great achievement.

On 29 August O.I.S. entered two teams in the Otago Primary Schools Netball Tournament, our Year 7 and Year 8 A teams. It was a ‘Circus’ theme, so we dressed up for the first game. We had a win against Tahuna Intermediate 15-5. In our next match, we lost against Columba Gold 7-13. Apparently, they had never lost a game all season! In crossover play, we won against Balmac Intermediate Yellow 13-8 and then had a win over Fairfield School 21-2. In the semi-finals, we won 20-2 against Kavanagh College. We faced Columba Gold, again, but this match was the final. The game was intense, it went right down to the wire. It was 6-6 at halftime but we pushed through to win 13-12. We had won the tournament! YAHOO!! We now qualify for the Southland Schools Tournament on 23 September in Balclutha.

Thanks to our supporters, coach - Amanda Notman and Manager - Renee Hooper. We really appreciate all their time and effort they have put into our training, teaching us set-play pieces and general organisation. Oh, and the halftime lollies!

By Sophie Notman and Allie Senior. 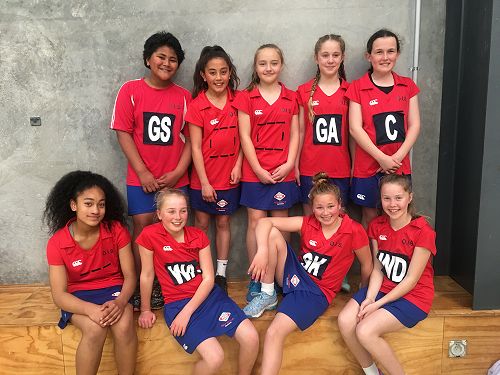 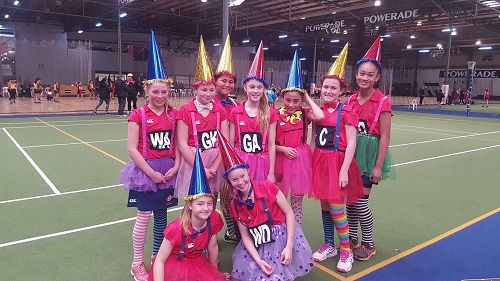