Natalie Bedford and Ella Symes decided to do a bake sale at the end of the term to raise money for Cancer. The girls then presented the money raised to Leanne Kennard from the North Otago Cancer Society, a total of $376.70.

The idea came about because the girls wanted to do something fun and different, that a lot of people could participate in. Did you know each year, nearly 100,000 children under the age of 15 die from cancer worldwide. It would fair to say that most families have been touched or know someone who has been touched by cancer.

You could bake a slice, cake or biscuit. Each slice was judged on taste and overall presentation. The winning cookies slice and cake maker was Katana Spears. Katana made a delicious caramel slice. The other option was to bake cupcakes, these were judged on looks. Lucy Ross won for her cupcake masterpieces. The girls were overwhelmed with the generosity shown by the school and staff. 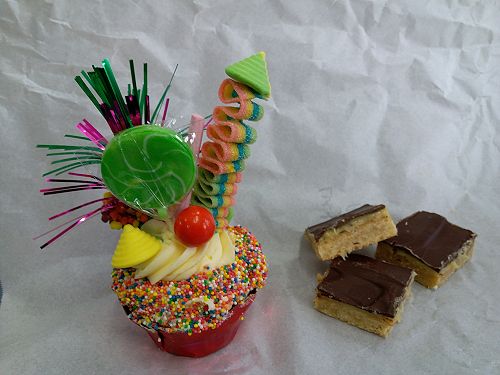